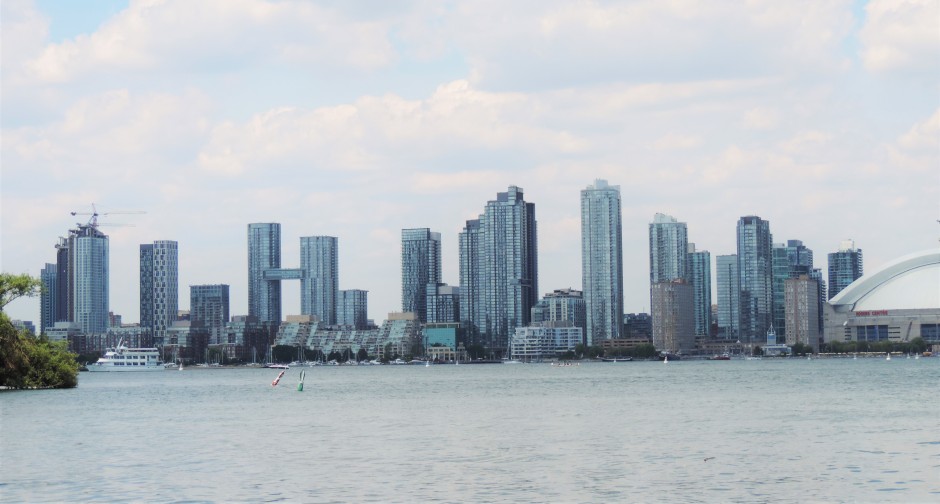 For some reason I associate Canada with a white pigeon clutching a twig in its beak soaring freely across snowy lands and white mountains, knowing no boundaries.

Your day starts with fair few “Good Morning” greetings, passes between “Please”, “Sorry” and “Thank You” and ends with “Good Night”. Most polite people ever despite being a cosmopolitan bunch.

Canada is known for its serene lakes, picturesque landscapes, meandering roads, secluded trails lined by tall snow-dusted pine trees in dense forests guarded by enormous snow-capped mountains with a frozen lake somewhere in view. Dead silence everywhere except the soft plopping of snow flurries. Look at all the national parks in Alberta, British Columbia and Quebec. Every sight looks surreal, like a picture straight out of a postcard or a Disney movie.

It’s not just the landscapes that make Canada, what it is. The sprawling downtowns with  modern skyscrapers, french influenced architecture, efficient infrastructure, latest fashion stores, best food joints, premium liquors and all thats know to mankind.

The most popular attraction in Canada is, without a doubt, the Niagara Falls. Hundreds of thousand people visit Niagara Falls every year, some for the first time, others for second or even third time. I myself have visited Niagara Falls twice from Canada and once from New York side. It’s quite an area to explore, especially with inviting casinos, endless pubs and eateries, line of tempting candy shops with incredible displays that you just can’t stop gaping at.

READ: Toronto – Downtown and beyond..

Talk about the magnificent cities of Canada like Toronto, Vancouver, Ottawa, Montreal. Toronto is my first love. (READ: Where it all began..) This is the city where I started my travel adventures. I would love to move to Toronto, live in the downtown and grow old there. It’s so peaceful.
READ: Best of Toronto – Top 10 things to do in downtown!

Montreal is a complete different story. Being there simply doesn’t feel like you’re in Canada. All signs, hoardings, directions in French. Every alley and every building has its own character. Cobbled streets, quaint coffee shops, cozy breweries give it a Parisian feel.
Coming up: Montreal and the Canadian French style.

My bucket list is incomplete without the national parks of Canada. One of these summers, I wish to explore the scenic lands of Northern Canada, stay in a log cabin, light up a campfire and see millions of stars in the clear sky at night.
It’s not a dream, it’s a wish.