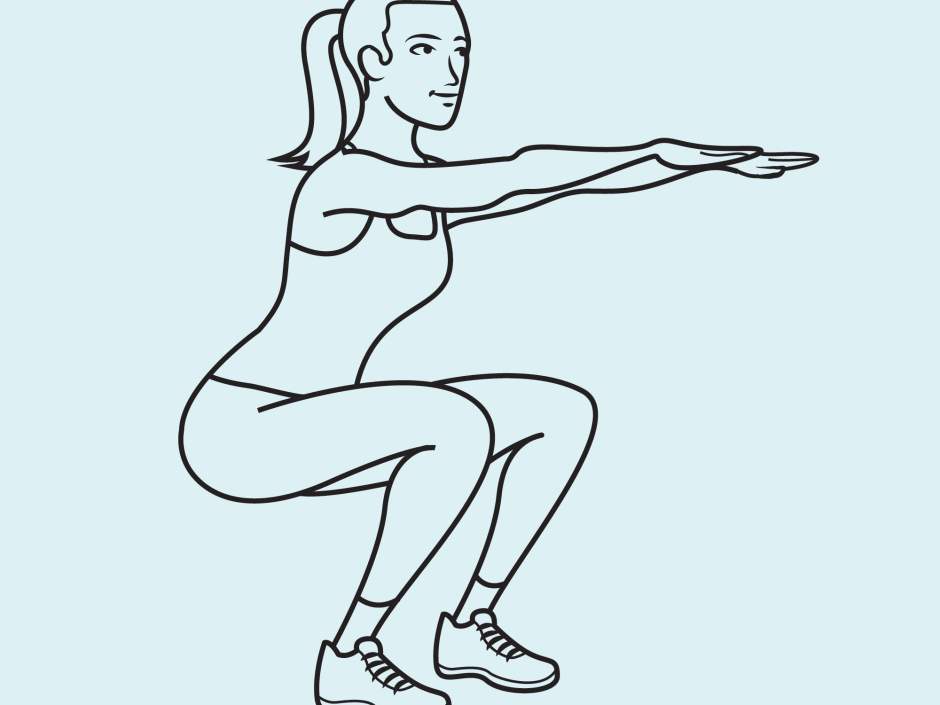 She had never felt more humiliated in her life than she did yesterday. She thought sleeping over it would make her feel better or at the least not as horrible as she had felt during those torturous 5 minutes that seemed to never end. But that didn’t help. She knew exactly what would help but she was in a quandary.It had just been two weeks since she had started going to the gym every alternate day. Her workout cycles included cardio + abs on one day, legs and lower body in the next session and arms + upper body in the following one. So it was only her second workout cycle and she was on her leg & lower body regimen. After the usual 20 minutes cardio on a treadmill, she headed to the freestyle zone to take it ahead with squats and lunges.

Right about during the 9th squat, a very audible ripping sound filled the air around her and she froze in horror. The sound was unmistakably of a fabric tear and it certainly came from her direction. The girls on either sides instantly turned their heads to check for the source of that sound. She became rigid and motionless for the fear of any one noticing but that effort was in vain. A girl, who had just stared at her, let slip a giggle but quickly covered her mouth to hide it.

She lifted herself upright from the squat she was halfway through. As gracefully as possible, she picked up her stuff and began walking away slowly from the freestyle zone until she was out of sight and then darted towards the women’s locker room in full speed. Hurriedly occupying a cubicle, she bolted the door and confirmed her fears by checking her yoga pants. And there it was, a long slash running right along the inner seam. Her face went warm, her mouth went dry and she gulped a stone forming in her throat while stifling a sob. She had no spare pants to change into.

She pulled herself together, got out of the cubicle, splashed some cold water on her face and struggled to put her jacket on. She was just going to have to walk out to her car without glancing at anyone or worrying about anybody noticing her dreadful wardrobe malfunction. Finally when she reached her car, she clumsily got inside and let out a wail of humiliation.

Thinking about all this today made her feel worse. She sprinted from her chair, reached for the freezer and pulled out a tub of French Vanilla icecream. Digging a spoon into it, she plopped herself onto the couch and switched on the television, tuning it to her favorite sitcom rerun. All she desperately hoped was that the icecream would give her a brain-freeze and she would forget the whole incident somehow.